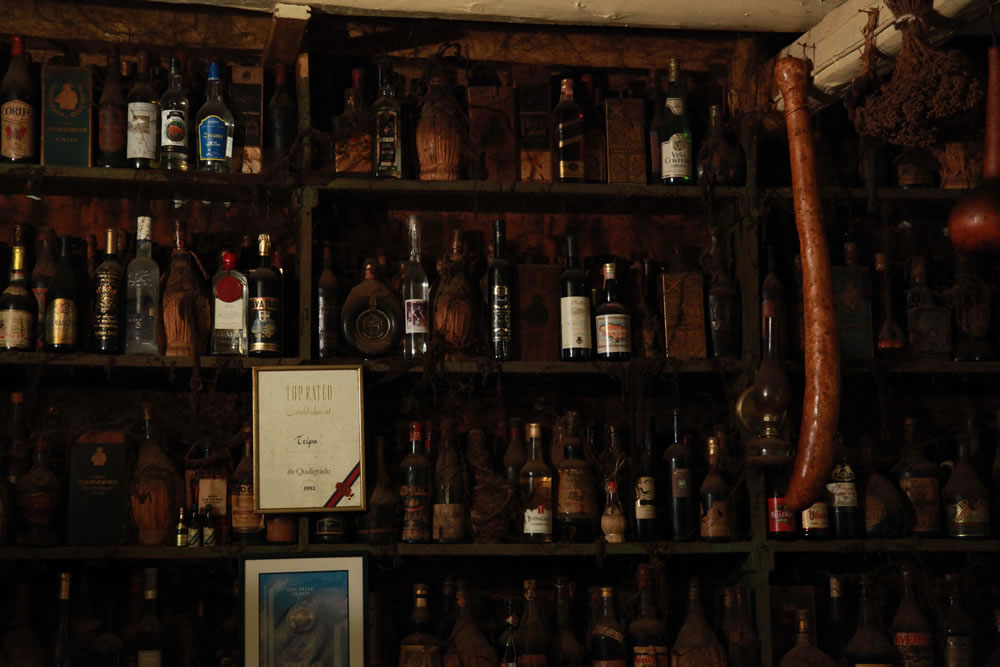 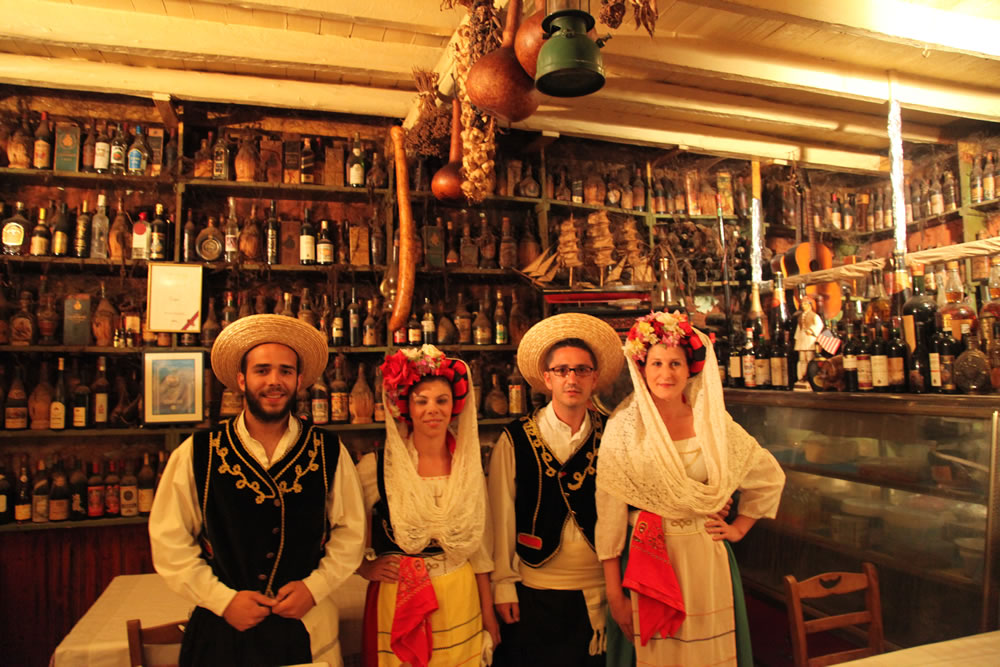 Where It All Began

Since 1936, Mr Tripa – Spyros Anyfantis – has been presiding over his taverna in the picturesque village of Kinopiastes seven kilometers south-west of Corfu Town.

During those years, the taverna’s reputation as a spot for genuine Corfiot fare has grown, so that everyone of any note singles out TRIPA for a visit during a stay on the island.

But the patronage of the famous does not mean that TRIPA taverna is formal. The atmosphere is friendly and the service fast and attentive.

An interesting mix of spices lends wonderful flavor to this simple
pasta dish – known as pastitsada from Tavern Tripa.

Heat oil in heavy large pot over high heat. Add meat and onions and saute until brown, about 10 minutes. Reduce heat to medium and add cinnamon, cayenne and cloves; saute 5 minutes. Add wine, tomatoes and tomato sauce; simmer until mixture is thick, stirring occasionally, about 10 minutes. (Can be made 1 day ahead. Cool slightly. Chill sauce uncovered until cool, then cover and chill. Rewarm before continuing).

Cook pasta in large pot of boiling salted water until just tender but still firm to bite, stirring occasionally. Drain. Add to sauce and toss to coat. Season to taste with salt and pepper. Transfer pasta to bowl. Sprinkle with grated Parmesan cheese and serve.

What People are Saying

“Second visit, with 20 years between visits, set menu as huge and as tasty as it was the first time! Excellent evening spent watching superb live traditional music, and great dancing. Very friendly and welcoming, both the hosts, the staff and even fellow Greek guests. An opportunity to see the real Greece, up close and personal. Thank you for allowing us to relive a lovely memory, again!”

OMG this place was the best. A lovely walk up to it through the village of Kinopiastes to be greeted by happy, friendly staff. The traditional Greek food was fresh and perfectly cooked accompanied buy wine and ouzo. The Greek music and dancing was fun (audience participation). Opa!!!
Best Tzatziki and Greek yogurt with fresh honey we have EVER tasted.

We went to Taverna Tripa as part of a ships tour from Silversea Muse. We had a great meal of local dishes, There was a great Greek salad, macaroni, desert and wine. Whilst there, there was a dance routine put on which was great to see. This restaurant is off the beaten track, so you need to seek out.

We were surprised! A tavern that we thought it would be a “tourist trap”, become a great place with very good local food, large variety and delicious! Beautiful atmosphere with local dancing, excellent musicians and very good singer. The food was made fresh and with a local herbs that made it very special. We were eating and dancing till midnight.